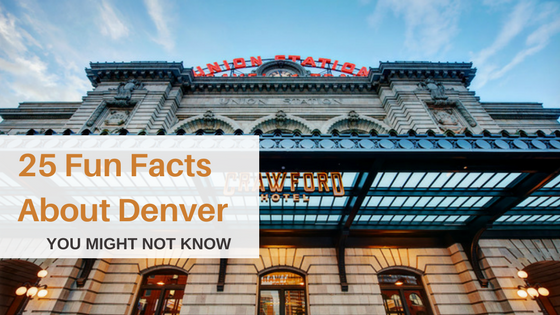 1. Louis Ballast, who operated the Humpty Dumpty Barrel Drive-In in Denver, was the first person to trademark the cheeseburger.

2. The first permanent structure in Denver was not a hospital, bank, or house—it was a saloon. This is appropriate, since Denver now brews more beer than any other city in the nation, with over 200 different beers brewed daily.

3. In Denver’s rarified air, golf balls go about 10% farther than they would at sea level.

4. The 1976 Winter Olympics were originally going to be held in Denver. However, after the community voted against it, the city withdrew its bid, making it the first place to ever turn down hosting the Olympics.

6. In 1902, the police at Denver Union Station started enforcing a “no kissing” rule on platforms because it slowed down the trains.

7. William McGaa, one of the first settlers of Denver, named several downtown streets, one of which was called Wewatta for his original Sioux wife. However, he also named another street, Wazee, after his mistress. Talk about awkward.

8. Denver is one of the 12 US cities to have teams from four major sports (baseball, hockey, football, and basketball).

10. Denver has been named the “Baby Boomer Capital of America,” boasting a higher number of baby boomers than any other US city. 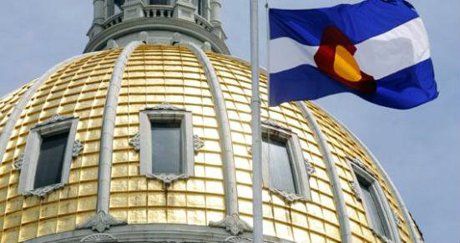 12. Denver was rated as the healthiest city in the country for pets by Purina, ranking high in categories like a veterinarian to pet ratio and a low number of fleas.

13. Denver has the largest city park system in the nation, with 14,000 acres of mountain parks and 2,500 acres of natural areas.

14. Denver collects more money for the arts per capita than any other US city, and the Denver Performing Art Complex is the 2nd largest performing arts center in the world.

15. Except for Calvin Coolidge, every US President since Teddy Roosevelt has visited Denver’s Brown Palace Hotel and Spa.

16. When viewed from above, the 400,000 pieces of granite paving on the pedestrian walkway of the 16th Street Mall resemble the skin of a western diamondback rattlesnake.

18. Elvis Presley once flew in his private jet from Memphis to Denver’s Stapleton Airport just for a sandwich. He ordered 22 Fool’s Gold Loafs, a sandwich containing a jar of peanut butter, a jar of grape jelly, and one pound of bacon, from the Colorado Gold Mine Company Steakhouse for him and his friends. They dined on the sandwiches with champagne and then returned home.

19. Denver was named after Kansas Territorial Governor James Denver in hopes of gaining political favor. However, by the time the town was named, Governor Denver had retired.

20. Denver is one of the sunniest cities in the US, with 300 annual days with some sunshine each year.

21. At just over 26 miles long, Colfax Avenue is the longest continuous street in America.

22. Colorado Rockies’ Coors Field is one of the best ballparks in the nation for home runs. Because of its high elevation and the dry air, the balls fly much farther when hit than in other stadiums. The field has twice broken the record for major league home runs hit in a single ballpark in one season.

23. The Denver Mint is the single largest producer of coins in the world. You can tell if a coin is made in Denver by a D mark.

24. In Denver, it is unlawful to lend your vacuum cleaner to your neighbor.

25. Denver’s bright blue sky really is bluer than many other cities’. Because of Denver’s elevation, the air has less water vapor than it would at a lower altitude, making for a gorgeous sky! 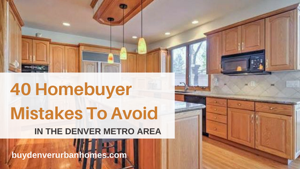 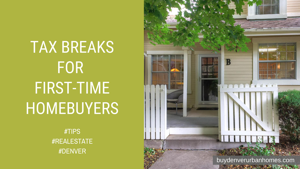 What are homes selling for in your neighborhood?
Get Market Reports for Your Area